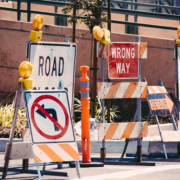 According to a July 2017 article in the Capital Gazette, state police identified the victim in a fatal wrong-way head-on crash in Baltimore. The car accident happened early on a Saturday morning along Interstate 97 close to the Route 50 intersection. Preliminary reports indicate that the 24-year-old driver was killed when his 2011 Nissan Sentra collided with another vehicle head-on.

The driver and passenger in the vehicle he struck, a 2015 Nissan Maxima, were both taken to separate hospitals in Baltimore. Their current medical conditions are not known. There is no indication whether they will file a personal injury claim against the driver’s estate. Depending on the facts of the case, they may have a legal right to sue for the injuries sustained in the head-on car accident.

The Definition of a Head-On Car Accident in Baltimore

A head-on car accident occurs when the front end of two moving motor vehicles hit each other. The impact of the crash is often devastating to person and property. The speed of the vehicles involved and powerful force of the impact makes head-on collisions more dangerous than other types of car accidents.

How Much is a Head-on Collision Accident Worth in Baltimore?

The exact amount of damages awarded in a head-on car accident varies. No personal injury attorney can guarantee a certain amount during the initial consultation. If an attorney tries to guarantee any money amount, do not hire that person to represent you.

An experienced attorney cannot guarantee a specific amount of monetary damages to be awarded in a personal injury claim because every lawsuit is different. The facts and circumstances vary from one case to another. Also, the amount of damages a head-on collision victim suffers may differ from someone in a similar accident. For instance, a driver in a head-on accident may suffer a broken shoulder and burns. A passenger may suffer paralysis or traumatic brain injury (TBI).

Typical damages incurred in a head-on collision include, but are not limited to:

A victim of a head-on car accident can collect damages by submitting a claim to the car insurer. If approved, he or she will receive the money owed. If the claim is denied, the victim can obtain damages via trial or settlement.

During a trial, a victim of a head-on collision must prove that the other driver was at fault due to negligence. Negligence is the failure to act as a reasonable driver would in the same and/or similar circumstances. Another way is by proving the other driver violated a traffic law.

Fight your car accident claim with the help of Hassan, Hassan & Tuchman, PA. Contact us today.